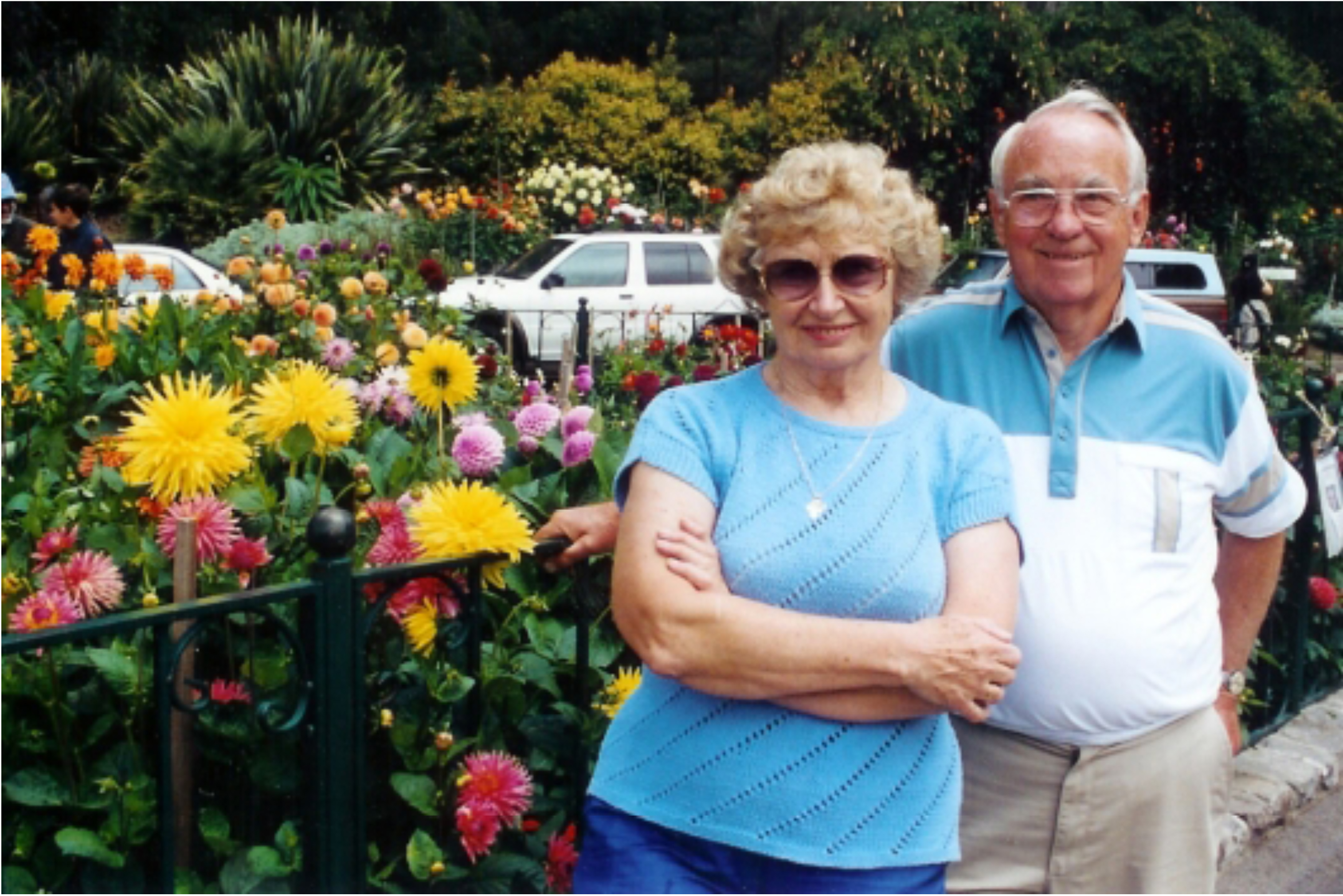 Gerda and Erik Juul have introduced nineteen hybrids into ADS.  Describing Dahlia hybridizing in their own words, we can sense the perseverance required to create these 21 beauties:

“The idea of creating a new dahlia is a very satisfying aspect of gardening. It is a bit like gambling: you have to know when to hold ’em and know when to fold ’em. They are all going to be pretty when they are yours, but pretty is not good enough; you have to be tough when judging your own. We have discarded thousands of seedlings and kept 26; five of which no longer exists. The favorite is always the newest, but it is very difficult to pick one of the remaining 21. Like choosing one child over the other.”

These 21 new introductions include many Dahlia forms: FD, ID, IC, WL, SC, S, MS, O, CO.  And the colors of these hybrids are as varied as they are dazzling. Their first introduction was in 1980, and in honor of Gerda, Erik named it “Gerda Juul”. 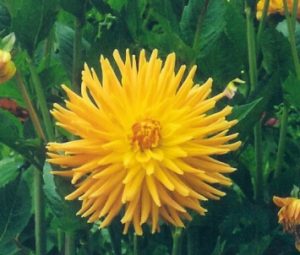 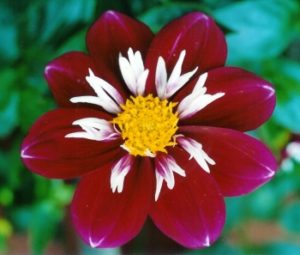 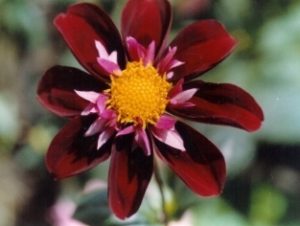 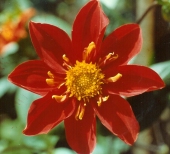 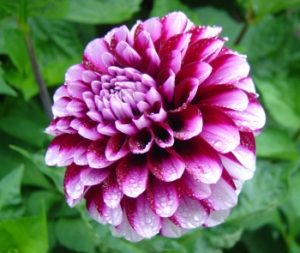 Three more beauties to round out the 1980’s 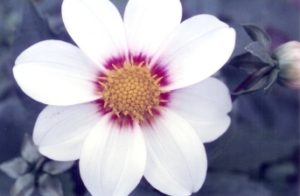 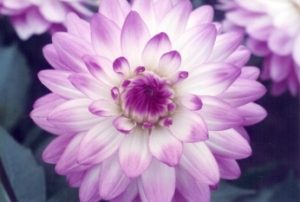 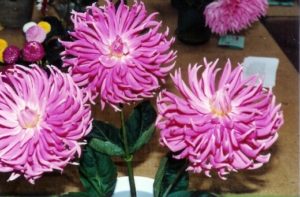 Through the 1990’s Erik and Gerda introduced five new cultivars 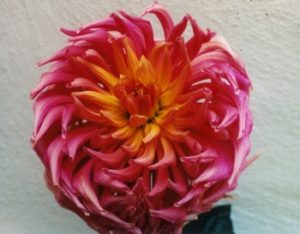 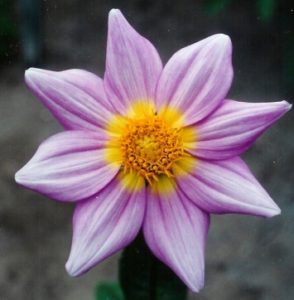 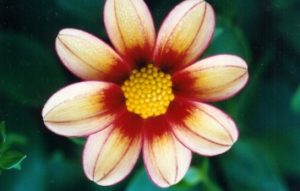 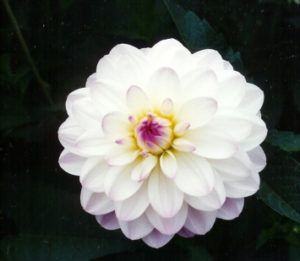 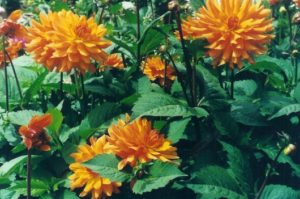 San Francisco Sunrise BB ID OR 1998
A nice tribute to our beloved city.

The Juuls started out the new century with a bang, introducing the Juul’s Allstar – O DR, 2001. Awarded the Evie Gullickson Medal 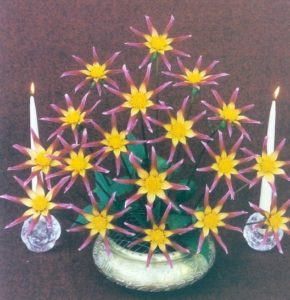 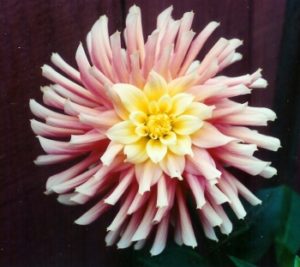 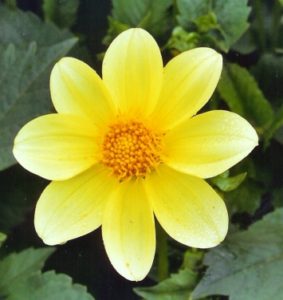 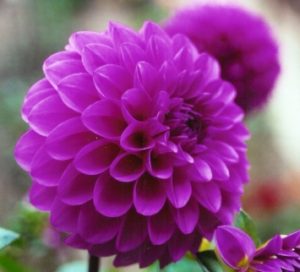 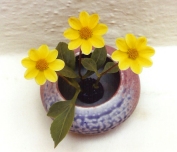 Another creation in 2005
Matt Too MS Y 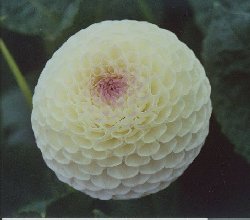 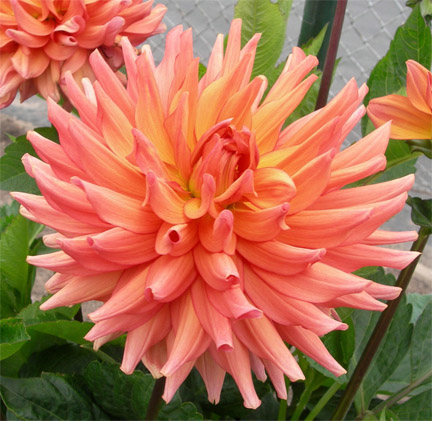 Consistently, Gerda and Erik introduced new varieties throughout the eighties, nineties and oughts. Given that it takes hundreds to over one thousand sowed seeds to produce one cultivar accepted and registered with ADS, they labored hard and long, sowing probably more than tens of thousands of seeds  to produce these beauties for our enjoyment.

Besides doing the traditional tuber dividing, Erik and Gerda produced cuttings at home and assisted Lou Paradise producing cuttings for the DSC Sale until 2012.  The Juuls believed that cuttings are a very good method of preserving and reviving dahlias. They also planted the extra cuttings to be used as pot roots for the following year’s propagation.

Although Gerda is still an avid dahlia grower, sadly Erik passed away in 2016. We know that Erik is still growing dahlia in greener gardens. 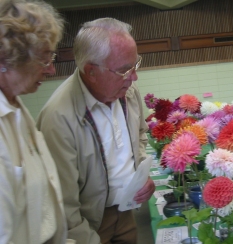 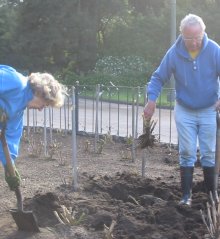