Lou Paradise has created a paradise on earth in his garden in the Sunset area Paradise family homestead. And, he is sharing some of the paradise with everyone who visits the Golden Gate Park with his managed portion of the teardrop-shaped Dahlia Dell. One look at the names of his of hybridized Dahlias, eight introduced up to 2005 and four new ones in 2006, strongly reveals his Italian heritage. 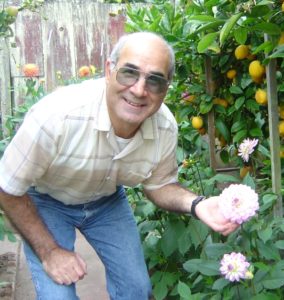 Bea Paradise in the palm of its creator, Lou Paradise.

Early in his life, Lou left Italy to live with his Aunt and Uncle in the Bay Area, and has called San Francisco his home ever since. How he got started with growing Dahlias is very much like how most of us got started — struck by the beauty and the variety of  Dahlias. Someone brought a Dahlia to his company and the rest is history — he caught the bug. 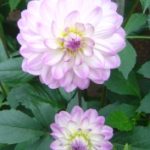 Soon, with guidance from the Juuls, he started to experiment with hybridizing. And, DSC members have been benefactors from his creativity by his bringing to our club so many beautiful new Dahlias. However, hybridizing is not an exact science. Besides expertise, it takes patience, perseverance and a little luck. Lou relates that only one out of one hundred planted seeds finally makes to an ADS approved and registered new Dahlia. It has to pass through a series of stringent tests and exams and normally would take 4 to 6 years. 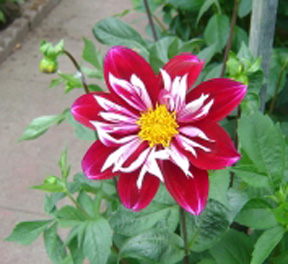 When Lou created this collarette, his son Mike was so smitten by it, Lou named it after him. Mike, himself, has since won several awards in the Youth categories. 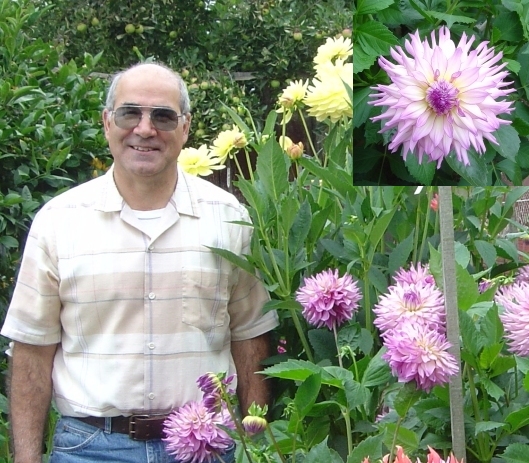 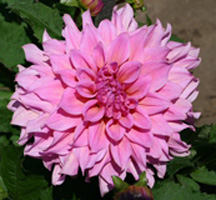 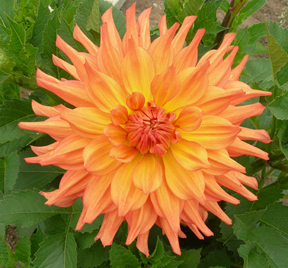 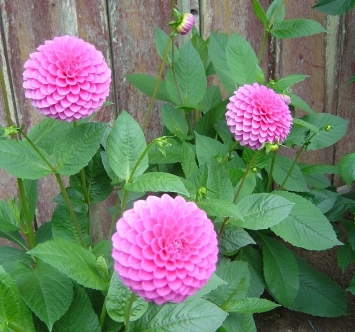 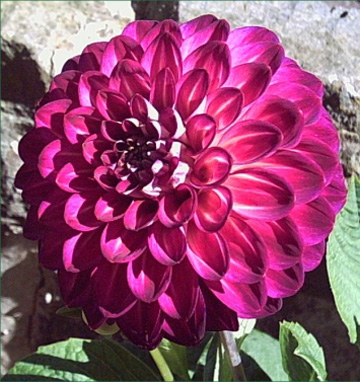 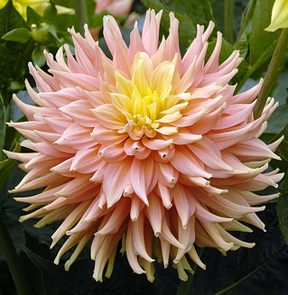